Improvement Experiments In Action - Continuing Our Story of Danny the Developer

In order to show how Improvement Experiments can be used, Let's continue following

Danny as he works with his team to Improve delivery performance. 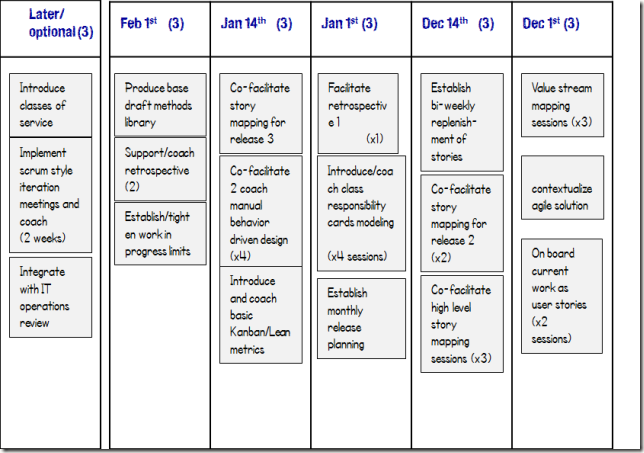 When December 1rst rolls around, tickets can start moving into the Next column, signifying that new improvement items should be started. Note that only two tickets are moved as this is the current Wip limit being set by the team.
The team then decides to move the value stream mapping session into the Prepare state. 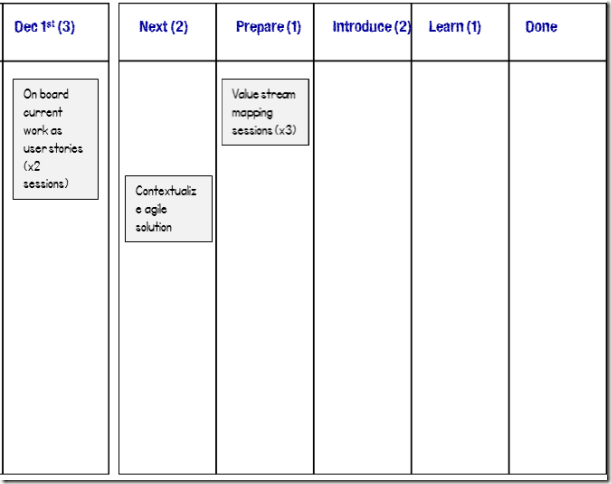 As tickets are moved through the prepare state the first thing we do is rewrite the ticket so that it supports the notion of testability. Each test should validate the assumptions behind the change, represented in one or more sections of the Change Canvas.
In this instance Danny and the team rewrite the value stream mapping Improvement Experiment so that it says "value stream mapping sessions will allow change participants to reveal urgencies after 3 sessions ". 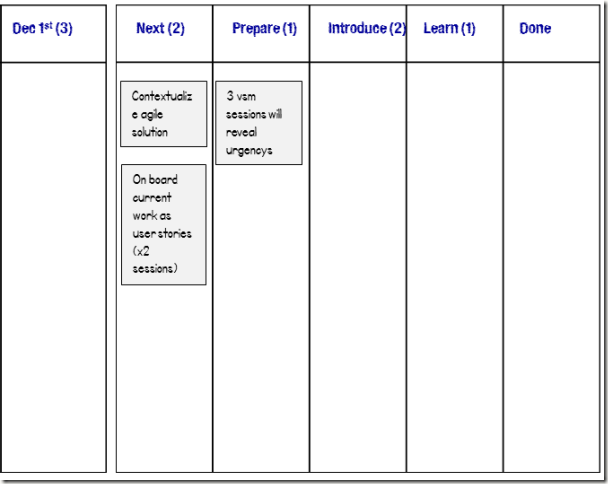 As an Improvement Experiment is moved into the Prepare column, it is rewritten using this experimental format. The change agent then does all the necessary preparation work to get the improvement ready. Examples include preparing for workshops, developing training guides, scheduling sessions, sending out communications, etc.
In Danny's case he works with a new, external, agile consultant recently brought to the engagement. They work together to prepare workshop material, book rooms, and coordinate everybody's schedule to make sure that they are able to run three workshops dedicated to reviewing and suggesting some fixes using the value stream mapping process.

Once this Improvement Experiment has been prepared, it can now be moved to the Introduce column, this is a signal that the team is now actively running sessions, trying out new techniques, etc., and potentially even benefits from the improvement items. This benefit could be in the form of validation of change assumptions, or actual realization of benefits on the change canvas. 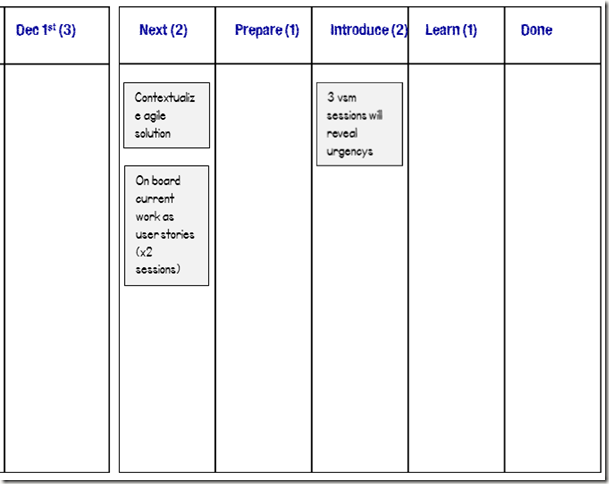 
Learning from the Experiment

At this point the experiment is moved to the Learn column, and evaluated for success.
It is important for change agents not to fall into the trap of evaluating experiments on their own, ultimately it is the change participant who needs to make the call about whether an Improvement Experiment is successful or not. In our experience Improvement Experiments do not always simply pass or fail, for this reason we have used A three outcome approach. Success, fail, and partial success. (and tagged with, green, red, or orange markers)
As various Improvement Experiments are passed through the Learn column, the canvas can be evaluated for correctness. Failed experiments are to be expected, and will indicate a need to modify certain sections of the canvas.
If we continue to follow Danny's progress, we can see that the value stream mapping experiment was successful in that he was able to come up with a good set of urgencies with his change participants. Unfortunately, Danny was not able to collaborate with his team to come up with a target options model based on a big A-Agile solution. This latter Improvement Experiment is telling Danny that he needs to rethink what the solution is going to look like if it's going to be of value to his change participants. 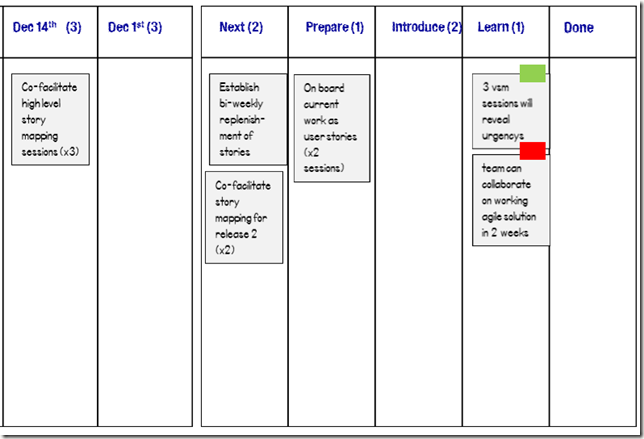